In the Canadian city where I used to live, there was a nude beach where I spent a lot of time. It was no rare occurrence to find, near the beach’s northern boundary, a small but fervent cohort of nude baby boomers distributing Naturism 101 pamphlets. In an outsize font on an ancient webpage they’d set up, the beach naturists dared visitors to “!!BE NATURAL AND FEEL THE FREEDOM!!” They outlined etiquette (no come-ons, no sex) and suggested recreational pursuits (flag football, a potluck). The naturists could be a little doctrinaire — once, someone wearing nothing but a Tilley hat chided me for my bikini bottom, bellowing, “Way to be clothed!” — but they would usually feign tolerance at the beachgoing public’s ignorance of their framing principles.

“Naturism” and “nudism” are used interchangeably to describe a doctrine of communally convening outdoors in the buff. But “naturism,” with its Thoreauvian connotations of fresh air and vigor, seems preferred among the true believers. On my beach, I suspect it was also a gentle protest against the prim, Anglo-Saxon mores of a metropolis where cops were known to set up speed traps for cyclists. The precept naturists hold the most sacred is body acceptance — to “not judge anyone by their body shape or other war wounds” and to ignore the nakedness of others. This attitude made their corner of the beach a respite from the outside world and its duller standards of decency. For years, I’d go weekly.

My summers of situational naturism peaked during the regrettable period that bridged my mid- and late 20s, transitional years burdened by the existential uncertainties of career and relationship, which were themselves compounded by the looming specter of real, actual adulthood. I’d begun to see my body as an outward expression of the follow-through I associated with maturity, a state of being where desires were fully formed and big questions had answers. I skipped down a merry path forged by countless young women before me who, wriggling under the thumb of patriarchy, thought it would be a good idea to gain control of their lives body-first. I got into distance running and lost 10 pounds; I brewed kombucha and joined a C.S.A.; I hired a therapist and replaced the store-brand vitamin D and B12 supplements I sometimes took with the expensive ones she recommended. Body “acceptance” was very much not my thing.

But the nude beach urged me to imagine my body as mere flesh on frame, neither symbol nor cyborg. Busy with the strain of embodying a casually naked persona, my subconscious swatted away the petty anxieties that otherwise crowded my overactive mind. I couldn’t afford to think about how I looked or who was looking — that would be way too stressful. I couldn’t gawk or gape, which is harder than it sounds. I had no choice but to give myself over to the pursuit of small, sensory freedoms. I made it my job. 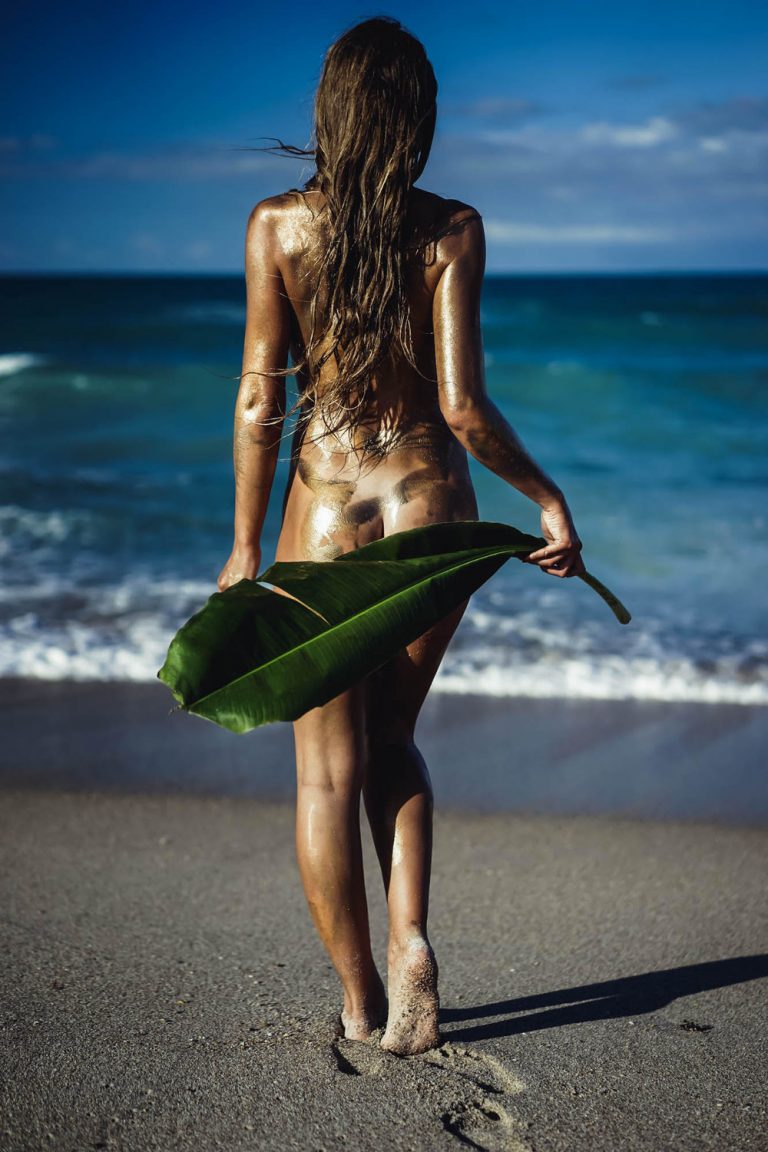 Compared with us tourists, the bona fide beach naturists were easy to spot. Older, whiter and fairly mixed in gender, they showed an affinity for equipment-dependent recreation — their games of horseshoes seemed like catastrophes waiting to happen — and barbecues. They appeared invigorated by the plain fact of one another’s naked company, an excitement they expressed with a flurry of wholesome activity. The rest of us tended toward a more slothful nakedness; we swam, we sunned, we had picnics of cheese and wine. We did what we would normally do at any beach, albeit while avoiding eye contact with one another’s areolas.

My friends and I hardly followed the naturists’ chaste, no-judge code to the letter, but the more we visited, the closer we approached a sense of ease. The discipline of public nakedness rewarded our efforts in proportion to our degree of exertion, the euphoria of being in the moment a direct byproduct of battling the innate and unignorable weirdness of our collective situation. Off the beach, I was a distracted, ruminating mess; my therapist, annoyed by my self-conscious inability to “body scan” during guided mindfulness exercises, swiftly fired me as her patient. But on the beach, consumed with the task of pretending this was normal, I was able to attain what I assume is something like Zen. Naturism required so much effort that, somehow, it worked.

Maybe naturists truly believe it’s possible for a body to just be a body — that by imposing a neutral state of mammalian coexistence, people can fake social equilibrium, if only for an afternoon. I can see how, for some, there is power in the notion that your body is enough. For my friends and me, over those summers, naturism came to be something we tried on; less a worldview than a means of believing, momentarily, in the escapability of bodily burden. Such utopian nudeness takes discipline and rules, both of which naturism handily provides. And I suspect, for many, a result of this laborious reorientation might resemble “being present.”

Nakedness doesn’t democratize social experience, as the naturists seem to suggest. Instead, it offers something better: a shared preoccupation. It’s so awkward to act blasé about being naked around other people — people who are also, themselves, naked — that there’s nothing left to do but submit en masse to the social and afferent novelty. Take in the warmth of the sun on your bare butt, skinny-dip unaccompanied by a sneaky sense of thrill, try not to stare at anyone’s penile jewelry. It’s easier said than done.