It’s been a while since we were debating Scott Wiener’s nudity ban, which took effect in 2012 and has resulted in several older nudist gentlemen who frequent Jane Warner Plaza in the Castro having to wear small socks on their dongs. The ordinance, which was supported by some of Wiener’s constituents in the Castro who were tired of the dong parade, was seen by many as another example of San Francisco slipping ever further away from its kooky, libertine, bohemian, and anti-authoritarian roots. But how far back do those roots really go? 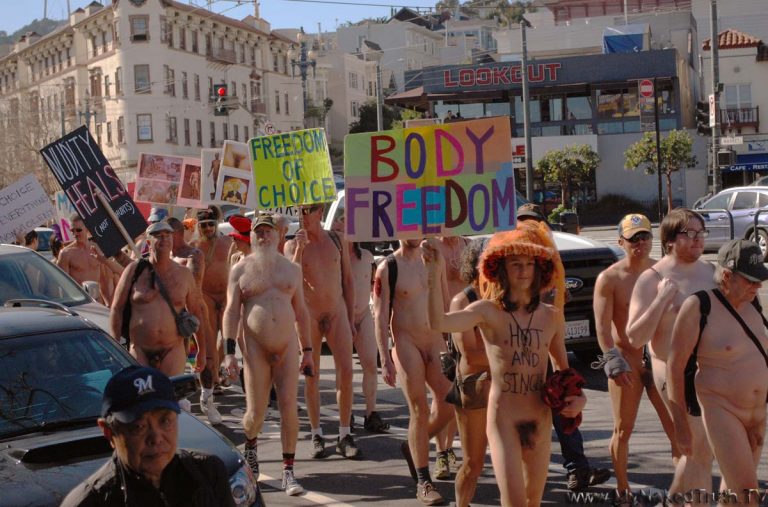 hat’s the question addressed in a piece by KQED, which takes a broader historical perspective on nudity here by the Bay. There were no laws against public nudity in SF until the 1960’s  under state law, indecent exposure is illegal, when it is sexual in nature, however flaccid-dong nude sunbathing and standing around, as many have observed in the Castro, falls under the purview of local governments. By the time the Summer of Love arrived 50 years ago, conservative San Franciscans decided they were going to draw the line at seeing hippies frolicking nude or having sex in Golden Gate Park, and the city passed a law against nudity in public parks.

Thomas J. Cahill, who served as SF’s chief of police from 1958 to 1970, once described it like this: “It wasn’t uncommon for a gal to come out of the bushes there in the Panhandle without a damn stitch and stand right in front of you with her hands up. I was out in the park and two started going to it on the lawn beside me.”

Still, it wouldn’t be until Wiener’s 2012 law that nudity would be explicitly banned outside of parks, and even then he made exceptions for permitted events and marches, like Folsom Street Fair and Bay to Breakers, and traditionally nude beaches  and the National Park Service actually designates the northern end of Baker Beach as a legally sanctioned nude beach. (And you’d best believe that The Daily Show had some fun with the fact that a nudity ban was being pushed by someone named Wiener.)

Nudist activists like SFist fave Gypsy Taub have for the past five years been trying to test the city and this law, getting permits for events like the Summer of Love anniversary nude parade in August 2016, shown in the video below, which she then repeated this past May. Though nudity was supposed to have been exempted at Bay to Breakers under the Wiener law, Taub found herself getting ticketed for being nude at the race in 2014  a ticket that she of course fought.

Nudists proceeded to sue the city over such citations, and won a $20,000 settlement to cover their legal fees in 2015. It remains to be seen whether an appeals court will settle the matter of whether nudity in the streets falls under the First Amendment as an act of expression. 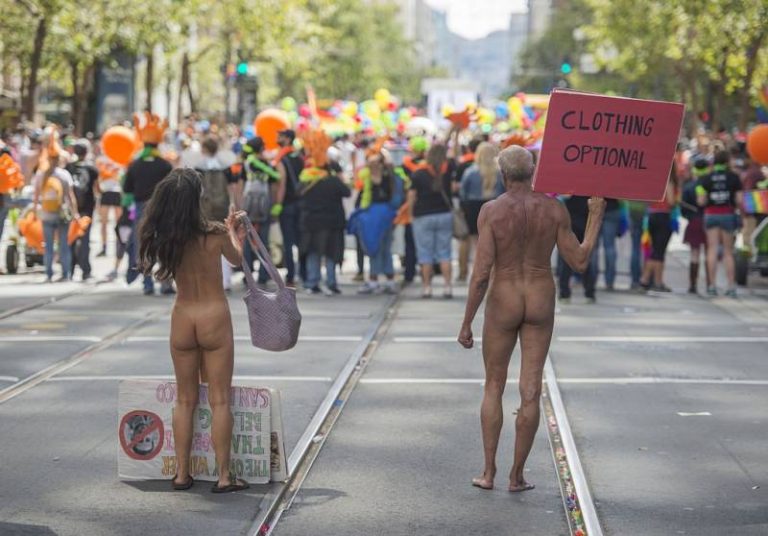 (Side note: Taub recently got jailed for dancing naked in the streets of Paris, and was charged with indecent exposure. But the charges were later dropped after she and her three kids missed their return flight home. Hear her tell the tale here.)