LAND O’LAKES — At 66 years old, Al Purdy has never been in a relationship with a nudist. But he would like to be, at least in the casual sense.

It was only a decade ago that he adopted the nudist lifestyle. A friend took him to a clothing-optional resort, and something clicked. He felt liberated, suddenly less conservative. Now, Purdy, a flight attendant, likes to spend his free time with other nudists. They get him.

That’s one reason the south Tampa resident drove up to Caliente, the nudist resort and residential community in Land O’Lakes, on a recent Sunday.

Another factor? Linda Kaye, a boisterous 66-year-old Caliente resident known for her hot pink car and fuchsia eye shadow. But Purdy, who is almost boyish in his bashfulness, hadn’t revealed his little crush.

Kaye runs the Pasco County Single Nudists group and planned this singles meet-up, the first such event the organization has hosted in two years. Attendance tapered off in 2015, and she wanted a break. But she says the time had come to revive the effort — she wasn’t meeting as many singles, and her dating life was lacking oomph. So she was pleased to see that more than 50 people had sent their RSVPs for the daytime pool party on July 9, which cost $20 for men and $10 for women who are not Caliente members. 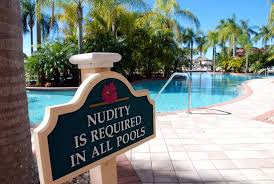 It was about noon, and the singles, most in their 50s and 60s, had settled into their patio chairs for the meet-and-greet. They clustered around pool-side tables, snacked on burgers and tacos, sipped cocktails and asked the basic introductory questions: Where are you from? What do you do for a living? Others sat quietly, observing the chatter around them.

In many ways, the gathering reflects the microcosm of circumstances common among any group of older singles: Divorced. Widowed. Content with solitude, but open to meeting new people. Ready to love again.

But there seemed to be some distinctions between the nudists and those in what they call the “textile world,” where garments are required. Many of the singles said nudists tend to be more self-confident and down to earth.

“It might be a cliche, but nudists really have nothing to hide,” said Rich Pasco, a 66-year-old retired computer programmer who lives in a Caliente villa and came to the event. “We don’t use clothing as a crutch to make ourselves look better, to project a certain image.”

Debbie Jeffries, a retired family doctor, said she will only date men she meets at nudist facilities. It’s a more authentic way to get to know someone, she explained. You can’t make assumptions about a nudist based on fashion sense or the perceived cost and quality of their clothes. Nudity strips away clues of social status.

“You get to know them for who they are,” Jeffries said, “not how much money you think they might have.”

For Kaye, a successful meet-up isn’t about how many people leave with phone numbers. It’s a matter of connecting with other nudists who have found themselves, later in life, romantically unattached in a community where being partnered is the norm. If sparks fly, that’s a bonus.

For single nudists seeking love steeped in similarity, Pasco County is, statistically speaking, one of the best places to find it. There are at least 10,000 nudists living in or near Pasco, according to the Pasco Area Naturist Development Association, and 12 nudist communities.

Jeffries, a freckled 64-year-old who gives off a bohemian air, said she has met many bachelors at Caliente during her 12 years living there. But she hasn’t connected with anyone who gives her that warm, at-home feeling her husband, whom she met at a YMCA diving class in 1982. He died of heart-defect complications right after they moved to Caliente from Alabama.

“I’m still very much in love with him,” Jeffries said, her blue eyes glossy behind her wire-rimmed glasses. “No one could take his place.” But she would give love a try again, she said, if she met the right guy.

When asked if any of the single men had caught her eye that day, she laughed.

“There are some handsome ones here,” she said, her gaze sweeping across the patio. “But that’s not a criteria for me. My husband was definitely not good looking.”

Jeannette Swisher, a 57-year-old human resources assistant with a rose tattooed between her breasts, is in the same camp. 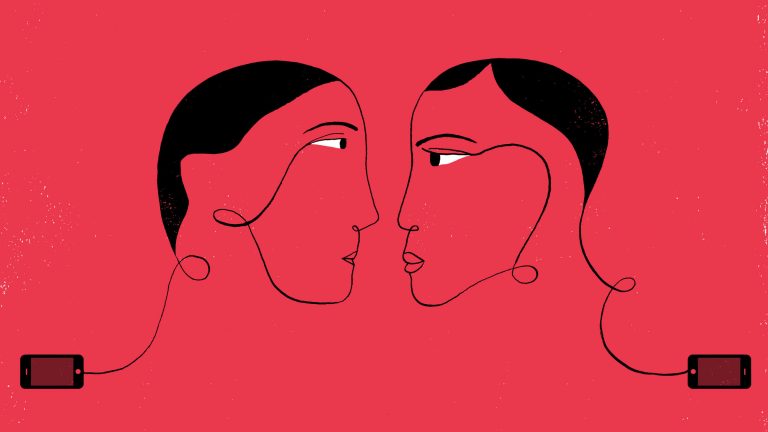 “I would kind of rather have a beast than a beauty,” said Swisher, who divorced in 2005. “People who aren’t gorgeous have to be deeper thinkers.”

She briefly flirted with a man at the pool earlier that afternoon, she said, but the interaction fell flat.

Unlike Jeffries, Swisher is actively looking for companionship. She’s on Plenty of Fish, an online dating site, and said most of the men she chats with are politely compelled by her nudism. But one guy on the site crossed a line.

“I would like to see YOU nude,” he wrote.

“That’s not what it’s about,” she responded.

Many modern nudist organizations feel that nakedness should not be sexualized, and most of the singles interviewed at Caliente echoed that belief. The bare human body is only perceived as sexual because it is hidden, they said.

That’s not to say that overt sexuality doesn’t creep into nudist culture. In 2008 and 2010, some Caliente residents complained about resort events with names like “Naughty School Girl Camp” and “Sinful Seduction” — some of which were coordinated by outside swingers groups. Caliente strives to maintain a wholesome atmosphere, said resort spokeswoman Deb Bowen.

Two men in their 40s said they came to the meet-up because it is usually difficult and expensive — $100 a day for men — to get into the clubhouse. Like many nudist resorts, Caliente does not allow single men in unless they have an annual membership, are accompanied by a woman or are attending a special event. That is to ensure gender balance, Bowen said.

“When we were letting single guys in about a dozen years ago,” Bowen said, “they would arrive by bus load, treating this place like a strip club.” 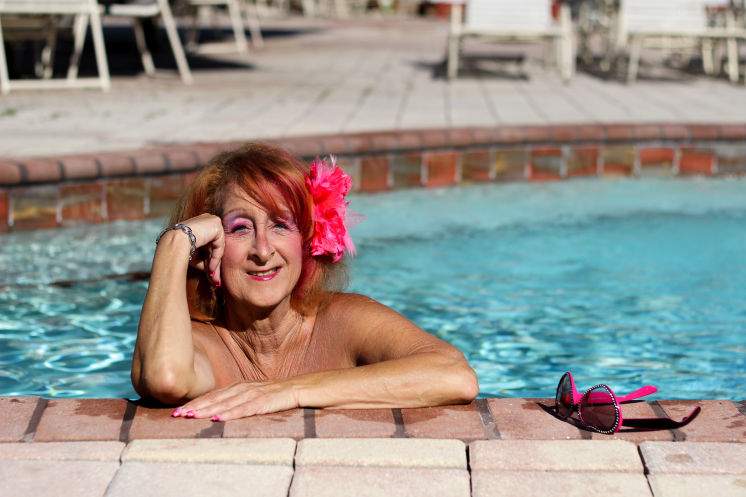 One of the singles, Michael Bolton — not the famous singer — acknowledged that men sometimes harass women at the clubhouse. But he said Caliente attracts mostly respectful guys, and he feels bad for those who can’t get in. So in 2007, he began hosting dinners for singles at Caliente and still does. But attendance has dwindled — another reason Kaye wanted to revive her meet-ups.

These dinners marked a turning point for Bolton, a 63-year-old Italian-American from New York who goes by “Mikey.” In a three-year span, Bolton got divorced, had his leg amputated because of a blood clot and, because he couldn’t work, lost his carpet-cleaning business. Bolton stayed at home for years, self-conscious about his scars and his motorized chair. But one day, a thought struck him: “The nudist community isn’t all about looks.” Soon, he was helping to create a fun space for singles like himself.

Purdy and Kaye met at one of these singles dinners. Kaye thought Purdy was “adorable from the start,” she said, and they have gone on some friend dates. But Purdy hadn’t pursued it further. His work schedule didn’t allow for regular dating.

But at the Sunday meet-up, something was in the air. Kaye broke the ice by asking Purdy to be her “pool boy,” meaning she would cling to his back as he waded through the water.

“We flirted more than we have in a while,” Kaye said.

“You know, one of the reasons I like coming here is because of her,” he said.

Kaye giggled, playfully nudged his shoulder with her fingertips and replied, “Thank you.”

They had a date planned by the end of the afternoon. But nothing too serious, they agreed.