I got a real naked education when I moved to Europe. I wouldn’t say Canadians are prudish but, in our unfailing commitment to be polite, being naked in change rooms, sporting events, the beach… it just isn’t…nice. In Europe, the social climate of nakedness is totally different and, I’ve realized, it’s good to be naked in public.

My first naked experience was going to watch a bike race in Holland. I unavoidably saw countless very, very white bums as riders changed in the street post-race. That experience turned out to be normal at sporting events in France and Spain too. On the beaches, I saw women of all ages and shapes (natural and man-made) frolic and sunbathe topless without anyone batting an eyelash. At the physio or chiropractor wherever I was living, I was the weirdo who wanted to keep my shorts on. I was so shocked at first. I couldn’t believe how all these people could be so comfortable in public spaces! Then, a hundred or so white bums later, the culture shock wore off. I also wasn’t batting an eyelash at the topless young woman playing volleyball with her guy friends on the beach. Just seeing people be naked (in appropriate places of course) and that being okay triggered a subtle perspective change.

Normal is a Broad Spectrum

As a swimmer and gym bunny, change rooms became part of my recalibration. I noticed cultural attitudes towards the body are reflected in, not only the way people acted in change rooms, but also in the design of the change rooms with the distribution of communal and private spaces. In Canada, it’s normal to wriggle into your clothes under a concealing towel; in Spain, where the gym change room had no private place to change, the majority of women changed and showered without a shielding cloak. In France, there were always private changing spaces for men and women but then the locker area and shower spaces were communal. On a regular basis, I was seeing normal bodies (in my case specifically women’s) and seeing the expanse of the spectrum, from wrinkly cellulite to ripped six-pack, started to balance out years of seeing bodies through the lens of the mass media as well as from the perspective of a more conservative cultural background. It all left me feeling exactly how I should feel about my body: that it was normal. 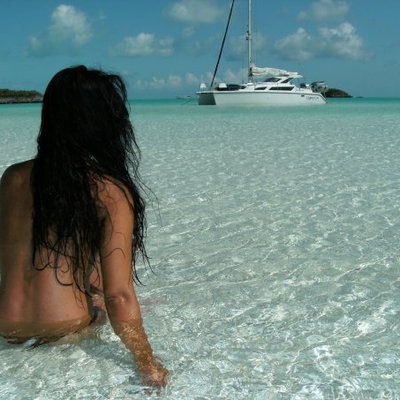 Seeing regular people being so comfortable with their bodies in a public space it was initially distressing to me. How could I feel so uncomfortable and self-conscious when everyone else–of all shapes, sizes and ages–seemed so much more happy and relaxed? The impact of seeing more body-confident people changed the attitude I had toward my own body. I wasn’t about to go prance around the women’s locker room starkers but I started to cultivate a new inner self-confidence. When I returned home to Canada, as most of the women guarded their privacy with their “security blankets,” I no longer was in fear someone might see something that wasn’t perfect because I knew I was normal. I almost wanted people to see how comfortable I was changing so that they could see it was okay, that natural was normal.

My sport keeps me focused on the health of my body but–and here’s my dirty little secret–I feel pretty much the same in my body as I did before I started participating in sports. I was lucky enough to be raised with good body confidence but I had my insecurities like everyone. I remember looking at pro athletes on television and in magazines thinking they must never feel the way I do about my stomach. Well, let me tell you, I still look in the mirror at my stomach. It’s as flat as it ever has been but it looks exactly the same to me as it did when I was unfit and heavier, especially compared to my six-pack-clad competition. I feel the same insecurities now than I did when I was a teenager but now I have the ability to talk back to those feelings and combat them with reality. The reality that, not only is my body strong and capable of so much, but–more powerfully–that it is completely and perfectly normal from my stomach to my cellulite. It’s not about never feeling insecure, it’s about having the power to acknowledge those insecurities and choosing to lean on your confidence instead.

The crucial part, I realized, is that it’s a learned state of mind. I had the power the whole time. Apparently, I just had to get naked in public first.