It is 1:33 a.m. on a Saturday night and I am at church. Or more precisely, I am standing on the roof of a Ukrainian cathedral in North Melbourne. “I can feel the wind through my pubes,” Jordan giggles from the other side of the domed structure. I glance over and see the hazy outline of his lanky body, backlit against the glittering panorama of the CBD.

Oh, did I forget to mention? We are butt naked.

This is how Jordan, a 21-year-old Bachelor of Science student, regularly spends his free evenings. He is vegan, an avid reader of Chuck Palahniuk and a nudist.

Some nights, he sneaks into rail yards and dances naked on top of train cars. Others, he goes for jogs around deserted parks at 2:00 a.m. in the nude. “Whenever I do stuff at night, I like to just get naked and meditate and relax,” he says, eyes half closed, legs dangling precariously over the scaffolding that snakes around the church tower. 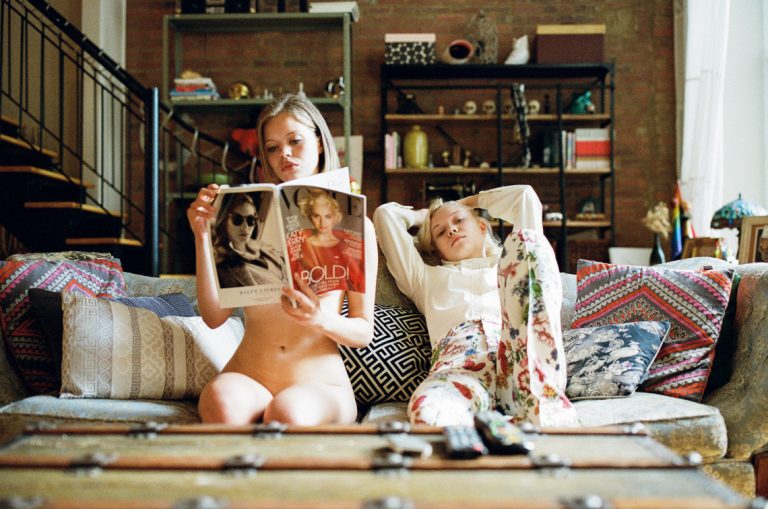 If the rickety wooden planks underneath us decide to give, there is a 20-metre drop to the pavement below. Not exactly my idea of a meditative environment.

I had agreed to risk my life and conduct our interview sans clothing, partially for the experience, partially to say I got naked in the name of journalism. Which is how I found myself perched on the highest structure around for kilometres, with breeze caressing parts of my body that had never felt breeze before.

Jordan assures me we will not be caught. “I primarily do it at night because I don’t really want the scrutiny of society,” he says, one hand on the rug of a ladder leaning against the scaffolding, “Shall we keep climbing?”

Nudists, not to be confused with exhibitionists, do not find thrill in exposing themselves to the unsuspecting public, but rather enjoy the freedom of being nude in a non-sexual setting. According to the International Naturist Foundation, nudism (also known as naturism) focuses on “self-respect, the respect for others and the environment.”

That Jordan and I are breaking the law is merely circumstantial. In fact, nudists generally convene in designated clothing-optional areas or on private property, and take part in regular activities such as yoga, pool parties, or even hiking. 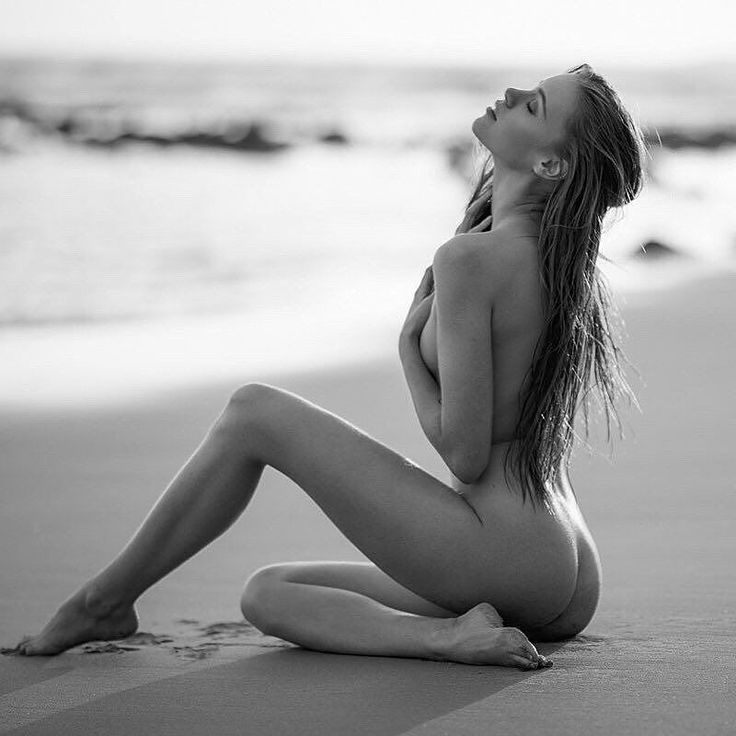 Jordan discovered the lifestyle in Year 8, after developing insecurities about his body due to constant bullying. “Everyone was so narcissistically-driven and people would always comment on my nose and how skinny I was and I was always like, oh shit, maybe someday I’ll just get surgery and I’ll bulk up.”

Having hit puberty before his friends, Jordan’s body became the subject of much discussion in the change rooms. He recalls the unwarranted comments about his developing pubic hair: “I’d be like, stop talking about my penis.” He pauses. “I’d be just as insecure if people were talking about my knees or my face.”

Jordan began spending more and more time unclothed in the privacy of his own bedroom, as a way of conquering his insecurities. “At the end of the day, some people will find me attractive, other people won’t,” he says pragmatically, “There’s no point in me investing my energy and trying to look like something when I could just not give a fuck.”

Jordan is hardly alone when it comes to his experience of body-consciousness. A national survey conducted in 2016 by Mission Australia revealed that young Australians, both male and female, identified body image as their third major issue of concern. Of the 21,846 participants, 30.6% indicated that they are extremely or very concerned. 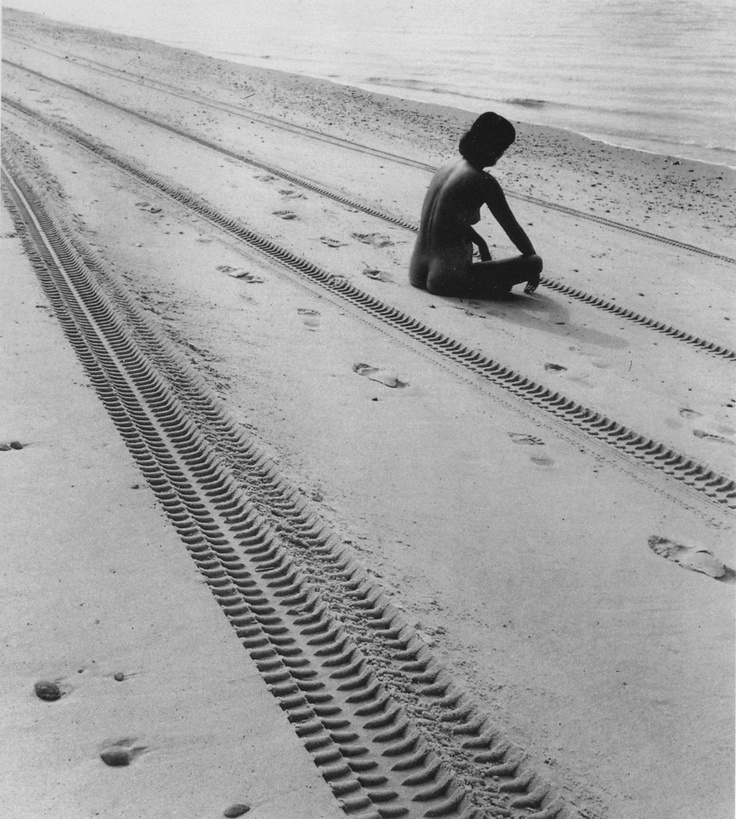 When the standard for what our bodies should look like are contrived, hyper-sexualized images of unattainable ideals, force-fed to us through magazines, billboards, and digital screens, it is no wonder our perception of beauty is so skewed. We spend billions of dollars each year on the newest clothing trends, cosmetics, fad diets, detox teas, protein powders, and the list goes on, all in hopes of buying acceptance and self-worth.

Could the answer to this modern epidemic be as simple as donning on our birthday suits?

For Mark, an IT technician in his mid-30s, discovering nudism certainly helped him immensely with his self-esteem and confidence. Having a shaved head adorned with a flaming red beard of impressive proportions–courtesy of his Irish descent–and an intricate tableau of tattoos etched into his arms, Mark does not blend into the background. He was an active member of Vic Bears for many years, a community for gay men who pride themselves in their ruggedly masculine physicality. “Think your truckers or lumberjacks. Big, fuzzy, usually a bit of facial hair. The sort of bloke where you look down the street and go, ‘Is he a biker? Why is he holding the other guy’s hand?’” he chuckles softly.

Feeling “burnt out” by the judgmental nature of the bears community, Mark joined several nudists websites in an effort to find a less image-focused group of people. He had already been practicing nudity at home as a way of unwinding from the stress of everyday life and so hanging out with a bunch of naked strangers was naturally the next logical step.

Mark had a million doubts cross his mind before he stripped down at his first nudist beach. Are they going to judge me? Where will they look? And most importantly, he emphasizes, the question that runs through every man’s head: “What happens if you get too excited?”

Mark has since attended numerous nudist events including pool parties, bushwalking, and camping, where he met his current partner. “You talk about anything and everything and you don’t even bat an eyelid at the fact that nobody around you is wearing a stitch of clothing,” he says with a shrug. “We interact, cool, you’ve met someone new. You looked at my bits? Okay, that’s nice. Do you want a gold star?”

So what happens if you do get “excited?” I ask.

“Generally, out of politeness sake, just roll over or hop in the water or think of the Queen,” he replies without batting an eyelid.

Unfortunately, for women interested in the lifestyle, there are more serious concerns that cannot be solved by a simple stop, drop and roll. Audrey, a recent graduate, is held back from co-ed nudist environments for fear of being objectified by men.

Being comfortable in her own skin is one thing, says the 21-year-old, but navigating the complex process of reclaiming her body and sexuality from the dominating male gaze is another. “I can speak from a woman’s perspective that it’s the sexual objectification of the woman’s body since forever that makes it so hard to want to be naked in front of people.”

Although we have acclimated to seeing more skin in contemporary culture, there is still a deep-rooted Puritanical belief that nudity is indecent, amoral and obscene. Much of this ingrained mentality can be attributed to the lack of non-sexualised nudity in practice and represented in the media. 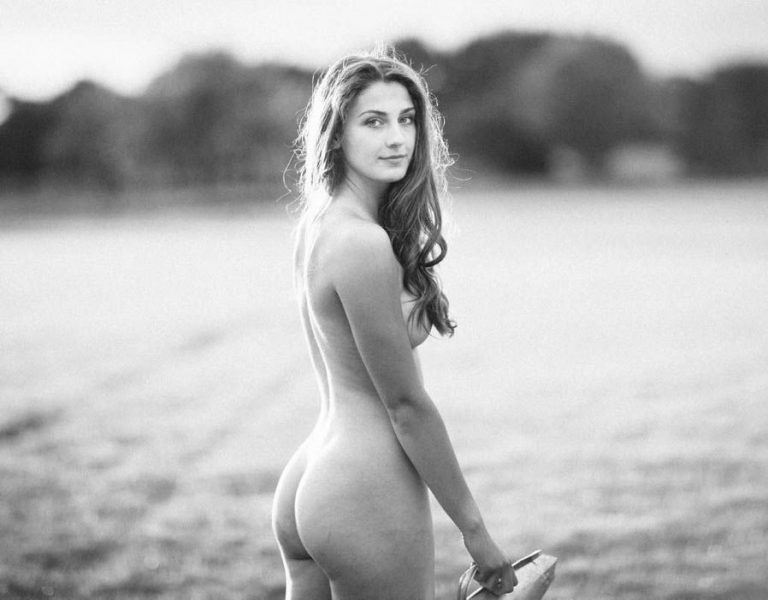 It is great that Kim Kardashian feels #empowered by posting nude selfies to Instagram, but in doing so, she sends the message that a woman’s self-worth relies on her sex appeal. Her meticulously filtered and posed production does nothing to challenge the dominant paradigm.

Currently teaching English in Europe, Audrey recalls visiting a clothing-optional park in Munich where 90% of people who were nude were men. “It reinforces that women feel less comfortable in their bodies than men,” she says.

Even though she is not ready to attend a mixed-sex nudist event, Audrey’s experience at a segregated Japanese bath house was nothing short of positive. “I was able to observe other female bodies like mine, of various shapes, and felt comforted that women who have flaws like me were comfortable being nude.”

At this moment, Audrey is content with being naked in the privacy of her own bedroom, drinking tea with a few trusted friends. “It’s about coming to terms with my body and accepting it for what it is without clothes on…in a world where we’re conditioned to hate our bodies.”

For those of us who do not have the privilege of lounging around our apartments sans-underwear without seriously pissing off a housemate, get out into nature and get into your birthday suit. Forget socially constructed ideals and reconnect with your body. You only get one and it can do some pretty cool things (like climb a Ukrainian church).